Sierra Halseth, 16, and Aaron Guerrero, 18, were told by both of their parents that they were not allowed to see each other. The teens planned on running away together but things took a turn when Halseth's father ended up dead.

“Welcome back to our YouTube channel … Day 3 after murdering somebody …,” Guerrero says into the camera in a cell phone video.

“It was worth it,” Guerrero responds. 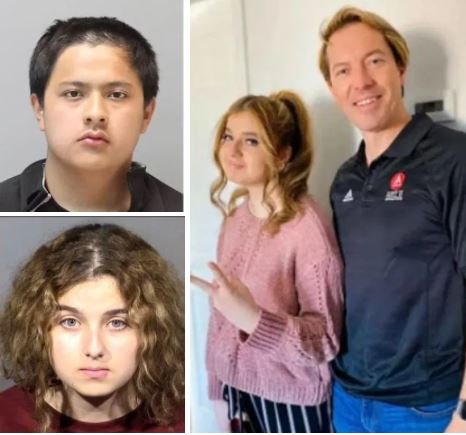 Investigators caught up with the teens are recovered damning cell phone videos, text messages, and photos of the murder that were gruesome.

The two killed 45-year-old Daniel Halseth. His body was found in their Las Vegas home after his mother and ex-wife could not get a hold of him. Halseth told her mother that her dad was "okie" and that his phone was acting up. Two friends showed up at the home to find the scene.

The two were seen at WinCo and Home Depot purchasing bleach, a saw, lighter fluid, gloves, and other materials for the murder.