When 73-year-old Paul Vados was found dead in an alleyway, the police initially thought he was the victim of a hit and run. It took a few years, but they realized that the situation went deeper than any of them could have imagined.

In 1999, Vados was found dead in a dark alleyway. His body was positioned awkwardly, his face towards the ground. The police initially assumed that he had been passed out in the alley, but the toxicology report came back clean.

The situation got weirder when his fiance and cousin came to collect his possessions. His fiance, Helen Golay, and his cousin, Olga Rutterschmidt, seemed unemotional.

A few days later, Rutterschmidt arrived at the station to get his death certificate. The police noted that she was "all business" and didn't seem upset at her cousin's passing. The police come across odd individuals all of the time, so she didn't set off any suspicions... At first. 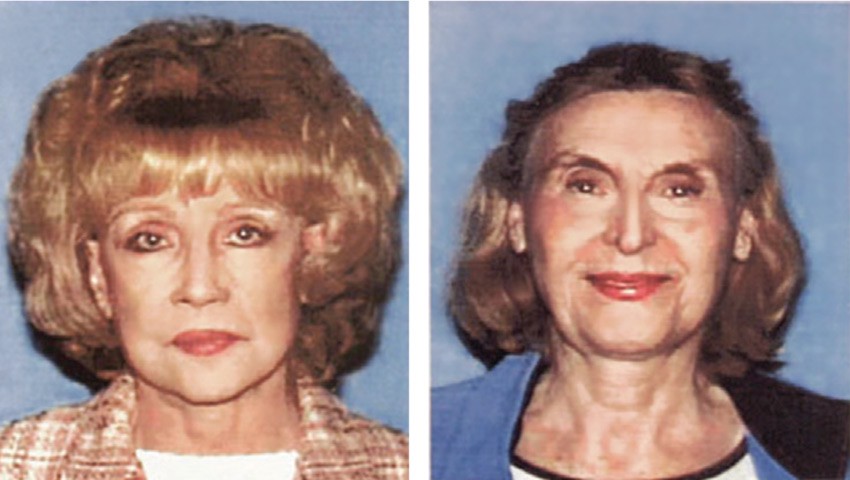 Six years later, another man is found dead from a hit and run in a dark alley. 50-year-old Kenneth McDavid had his skull and chest crushed by a car. This scene was similar to Vados', but with some key differences.

For one, the scene was set up in a way that made it seem like McDavid had been working on a bike. The front tire was laying on the ground, full of air with no damage. The more the police investigated, the more it seemed like a setup crime scene.

A toxicology report found that he had high levels of alcohol, zolpidem, and hydrocodone in his system. This led the officials to believe there was foul play involved... There was no way he was riding or repairing a bike with all of those drugs in his system. 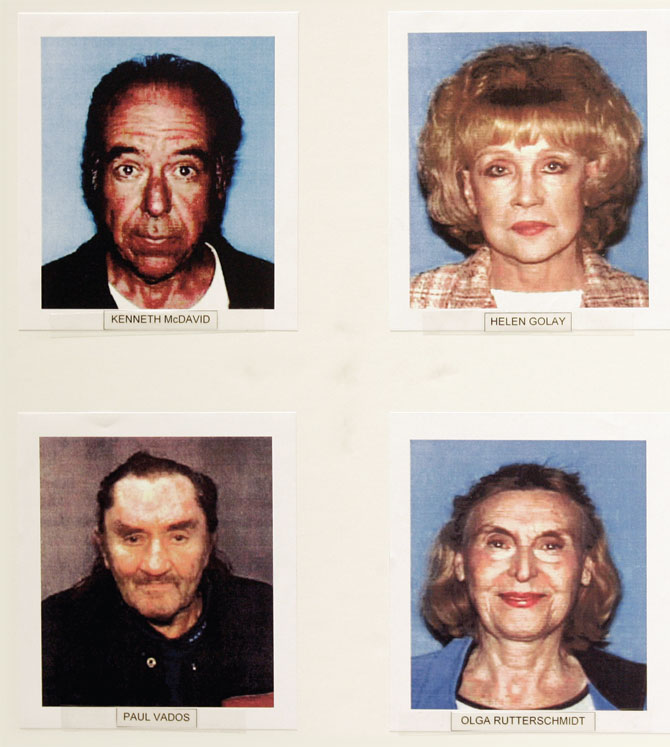 The police launch an investigation into the two women. It seemed that they had taken out multiple life insurance policies on McDavid, just as they had done with Vados.

Between the two men, they made $5 million off of their deaths.

Golay had always been a scammer. She scammed rich men into buying her dinner, drinks, and riches, before outright robbing them. She scammed her tenants, she sued businesses for "poor practices," and she extorted people for money in any way that she could.

Rutterschmidt was known in her neighborhood for being the "crazy lady." The two women met at a health club and learned that they had very similar interests in scamming money out of folks. So, they began to target homeless men to take out life insurance policies on them.

When the police began watching the women, they learned that they were already working on their next victim. The police were able to arrest the women under multiple counts of mail fraud... The only positive evidence they had on them at the time.

A year later, Jimmie Covington went to the police after seeing a story about the two women. He told them that he had been homeless in 2001 and that Golay offered him a place to stay at one of her residences. She tried getting him to give her his personal information, which freaked him out. So, he left and ultimately dodged a bullet.

The jury found them guilty on all counts and was sentenced to life in prison. Golay is 89 and Rutterschmidt is 87.