Dude, that mullet needs to go. 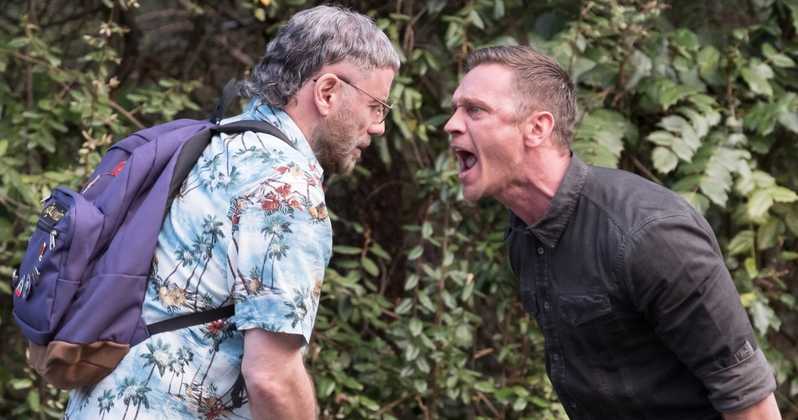 This just might be John Travolta’s strangest role yet.

His infatuation with Devon Sawa’s character, named Hunter Dunbar, stems from an unfinished project that Moose had been working on, and Hunter Dunbar was the last addition to the list.

Moose collected autographs as a hobby, and it quickly became his way of life. When Moose’s favorite actor, Hunter Dunbar, refuses to give Moose an autograph, his life gets turned around.

This is a realistic tale of society’s idolization of “celebrities” and the people who reach a breaking point with their obsessions.

That’s just about as much information as we’re willing to part with.

According to other reviewers, Durst’s depiction of Moose’s character is mildly offensive, and Durst goes out of his way to make all of the characters into huge Limp Bizkit fans, but overall “The Fanatic” got some middle of the road reviews.