What Happened With The Dear David Story?

Almost two years ago, Adam Ellis entertained most of the Twitter realm with his terrifying story of a “dead child” haunting his New York City apartment.

It all started on August 7th, 2017, when Adam began his story of an experience with sleep paralysis. He claims to have seen a child with a dented head and used his artist’s hand to draw what he saw. 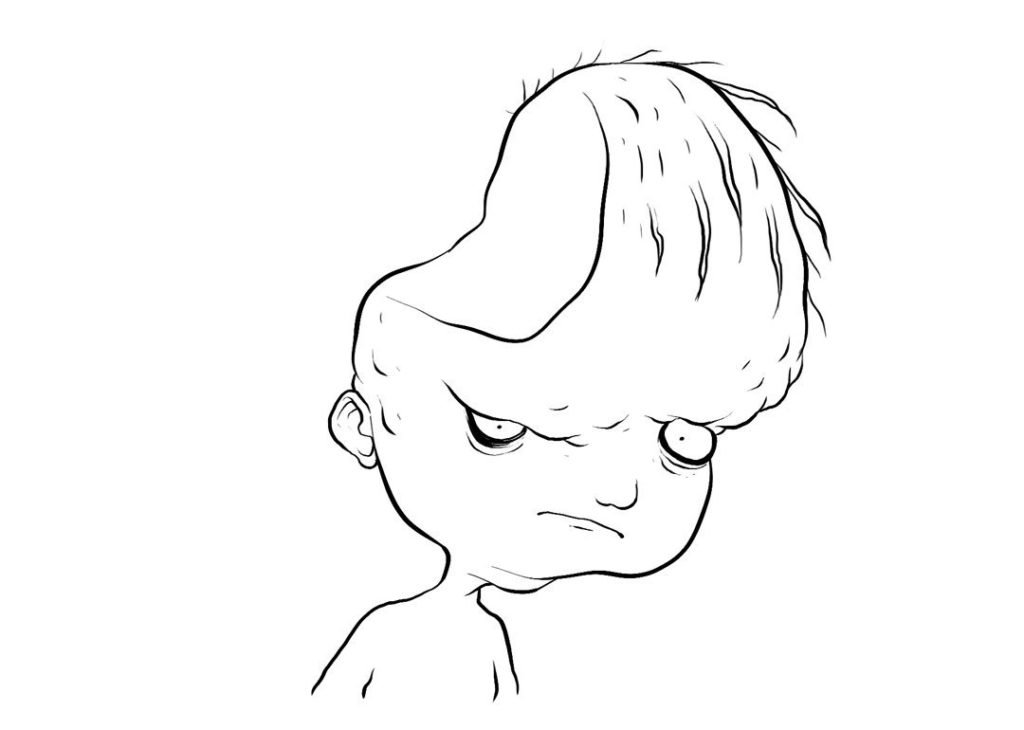 Obviously, that’s pretty creepy. But, this isn’t even close to how creepy the story progressed.

As the story goes on, he details the bizarre dreams he has of David and the weird behaviors of his cats.

It's been two weeks and he still does this every night at midnight. pic.twitter.com/FmtuJozyVi

The cats are still doing weird things. A few weeks later, he begins to hear unexplainable noises and tries to investigate with no luck.

Adam tries to sage the apartment, but that doesn’t work. He continues to have creepy dreams and captures bizarre images on his Polaroid.

Some things in his apartment began to break, like glasses or terracotta planters.

Still, all of the photo evidence he’s posted has just been speculation, as he’s stated. They’re hard to make out.

Then, months later, a clearer image of David appears.

It’s hard to see, but it’s very obvious that there’s something on that chair.

Finally, things have come to a head. The audience can now see David, and everyone is freaking out.

Things just get weirder. Adam starts to hear things above him int he crawl space in his attic. He finds a weird marble from the 1920s. He even finds a child’s shoe in the hatch of the crawl space above his front door.

Another month later, Adam sets up a camera in his bedroom.

The images he posts are haunting.

In the next photo, from a minute later, he seems to be staring straight up at the ceiling? Just staring. pic.twitter.com/MoW6CPcKoD

And here’s another horrifying image:

Has anyone done this yet? DAVID MOVED THE CAMERA. pic.twitter.com/tdDelaKWHY

By January, Adam has had even more experiences, including finding child footprints out in the snow at his parent’s house… Right outside his bedroom.

After this, things got extremely quiet. People got worried.

It was another week before Adam posted again.

Naturally, this is a pretty bizarre Tweet. People assumed Adam got possessed or something.

Three days later, he announces that he left Buzzfeed to pursue his own career.

For everyone asking if I'm alive: I'm doing OK! It's been pretty quiet around here lately and I've been trying to focus on work. Of course I'll keep you updated if anything strange happens, but for now I'm staying busy with drawing and other projects. âœŒ

Since then, it really has been quiet. Adam did confirm that Dan Lin (producer of It) will be producing a Dear David film. Adam still says that everything that happened was real.

It’s been over a year since we’ve heard anything… It’s safe to say that nothing has been happening or Adam is in some sort of contract with the filmmakers.

Either way. What do you think? Is it real? Is it fake? Was it just a bizarre, 10-month-long campaign for this movie?