Gloricia Woody, 32, tried to enter the McDonald's for some food. When an 18-year-old female employee told her that the dining room was closed, she physically attacked the female. After the physical altercation, which left the teenager with a head wound, she was forced out by other employees. 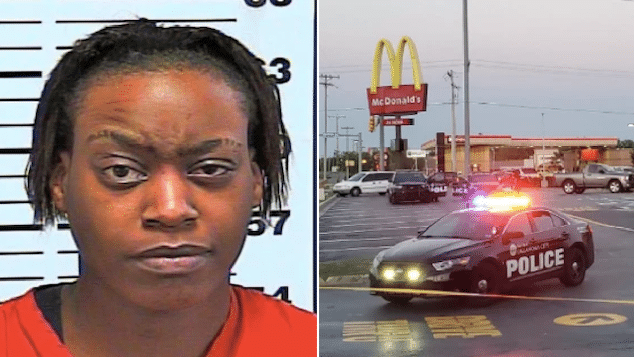 All of the wounds are non-life threatening. Two of the employees are 16 and the others are 18.

Woody was arrested later that night a few blocks away from the McDonalds. She was charged with four counts of assault and battery with a deadly weapon.