On Monday, September 16th, 5-year-old Dulce Maria Alavez was lured away from her mother and 3-year-old brother. No one has seen her since.

She was playing at the Bridgeton City Park with her brother while her Mother and 8-year-old Aunt were in the car.

Around 4:20 pm, Dulce’s brother came back to his mother without his sister, and he was crying. 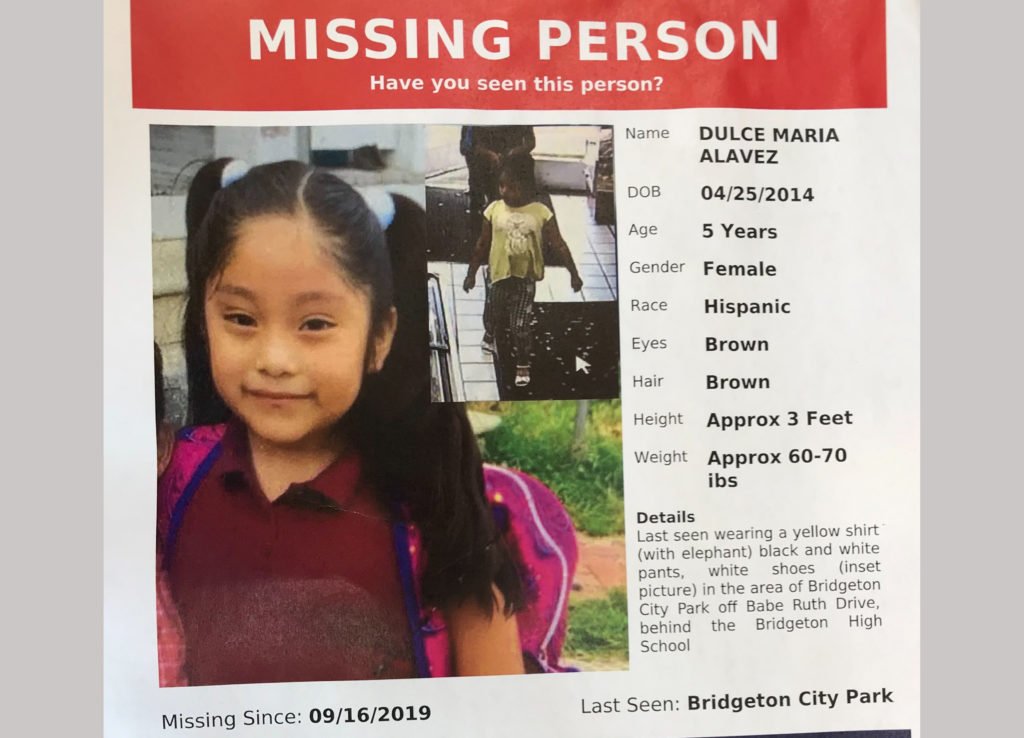 Since her disappearance, the police haven’t had very much luck in figuring out just what happened.

They believe that Dulce was taken by a light-skinned, possibly Hispanic, man who is between 5’6″ and 5’8″ tall. He has a thin build, no facial hair, and acne on his face.

Dulce was allegedly seen getting into a red van with sliding doors.

The police haven’t found any substantial evidence as to where Dulce is in the 13 days since her disappearance. The police, her family, and the community have been combing the park and surrounding areas trying to find some sort of evidence.

This Latino neighborhood is always bustling with small families and children. The community is shocked to have something happen in such a quiet part of town.

Many families have gone on high alert and are keeping an extra close eye on their children. 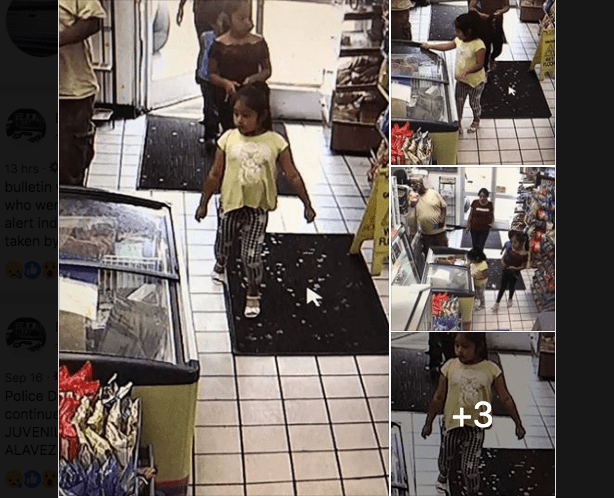 The community have come out in droves. Many people have donated to the family and reward fund to bring Dulce home. As of right now, the reward fund is at $35,000.

Despite all of the tips that have come in, the police have only been lead to dead ends.

Business owner Ivan Lucero even fired up his drone, searching the surrounding area for the suspicious van. Even though he did this within hours of Dulce’s abduction, he came up empty.

Dulce was last seen wearing a yellow shirt with an elephant on it, black and white pants, and white shoes.