Youtubers Sam GolbachÂ and Colby Brock have an affinity for haunted places, whether it’s hotels or abandoned places. In their most recent video, the duo went to the famous Millennium Biltmore Hotel in Los Angeles. It’s most known for the backdrops of many movies and music videos, as well as being one of Al Capone’s favorite hangouts. With the enlisted help of their friends Corey Scherer and Jake Webber, they rented out the Presidential Suite for their “low-key” investigation. The Biltmore Hotel is known for being the last place Elizabeth Short, aka The Black Dahlia, was seen before she was murdered. There have been tons of other deaths, murders, and gruesome injuries in the hotel’s history. 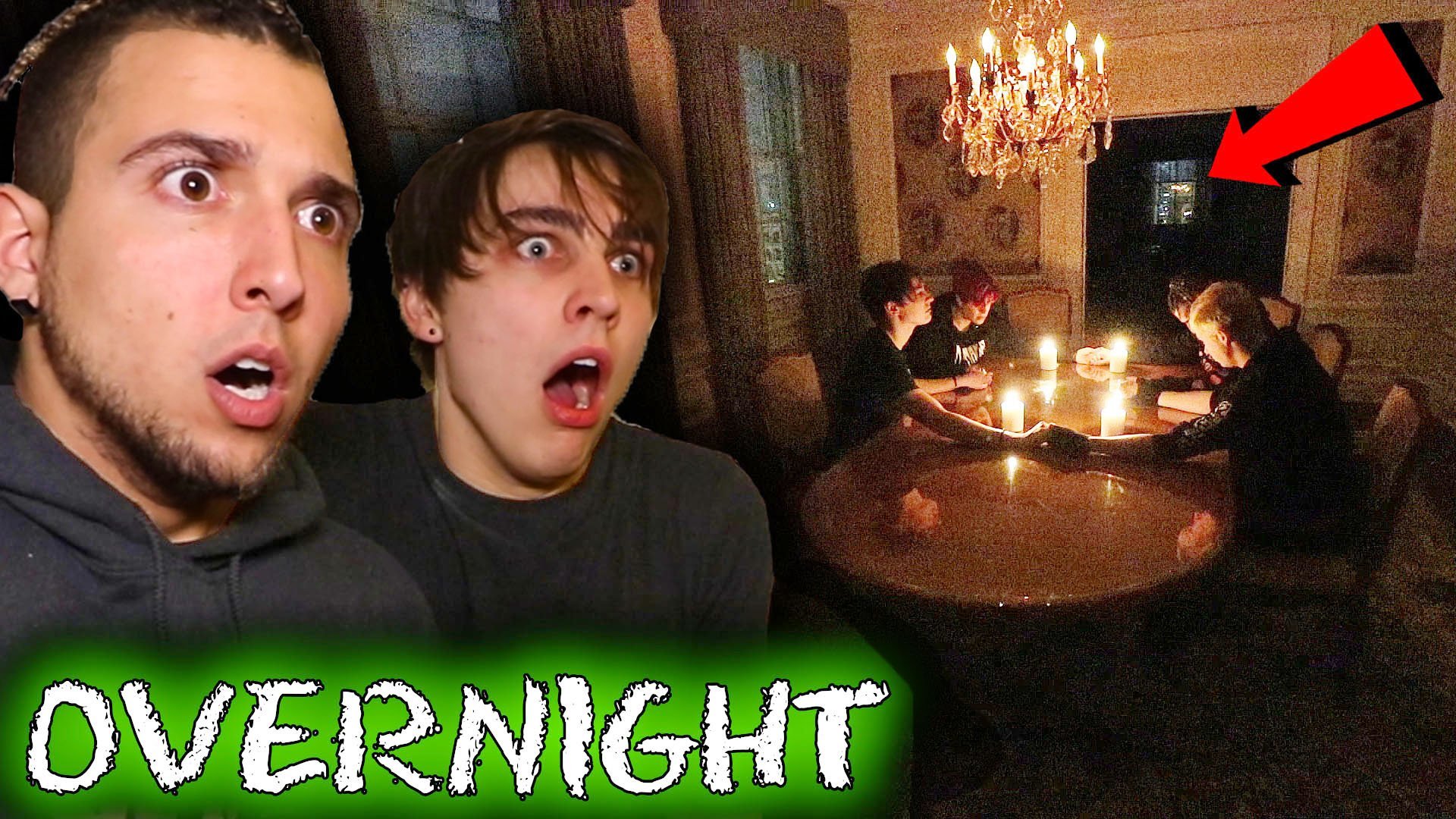 Sam, Colby, Corey, and Jake all decided to revisit the hotel after running out in a previous video. What they experienced will change everything you thought about ghosts. As they were waiting for 3 AM to begin a seance, they heard a loud bang coming from the first floor. Sam turned on the camera right after they heard it as they tried to investigate. While they were downstairs, they heard the piano on the second-floor play three or four notes. They continued to hear little bumps around the room and began to freak out. As they were trying to make sense of what was happening, the TV in the room that they were in turned on by themselves. That’s when they realized… It was 3:05 AM. In all of the craziness, they didn’t even realize it was the beginning of the Witching Hour. So, they started the seance. And what happened there changed everything. Below is the full video and a particularly terrifying clip…

Can we talk about how really “out of character” Jake looks.. just looks possessed to me and how it looks like someone is picking up the camera.. it’s god damn scary âœ–ï¸ðŸ–¤ pic.twitter.com/pXvhFVP4O6

The entire video is almost an hour long, so if that clip is enticing enough for you to watch, remember to grab some popcorn.